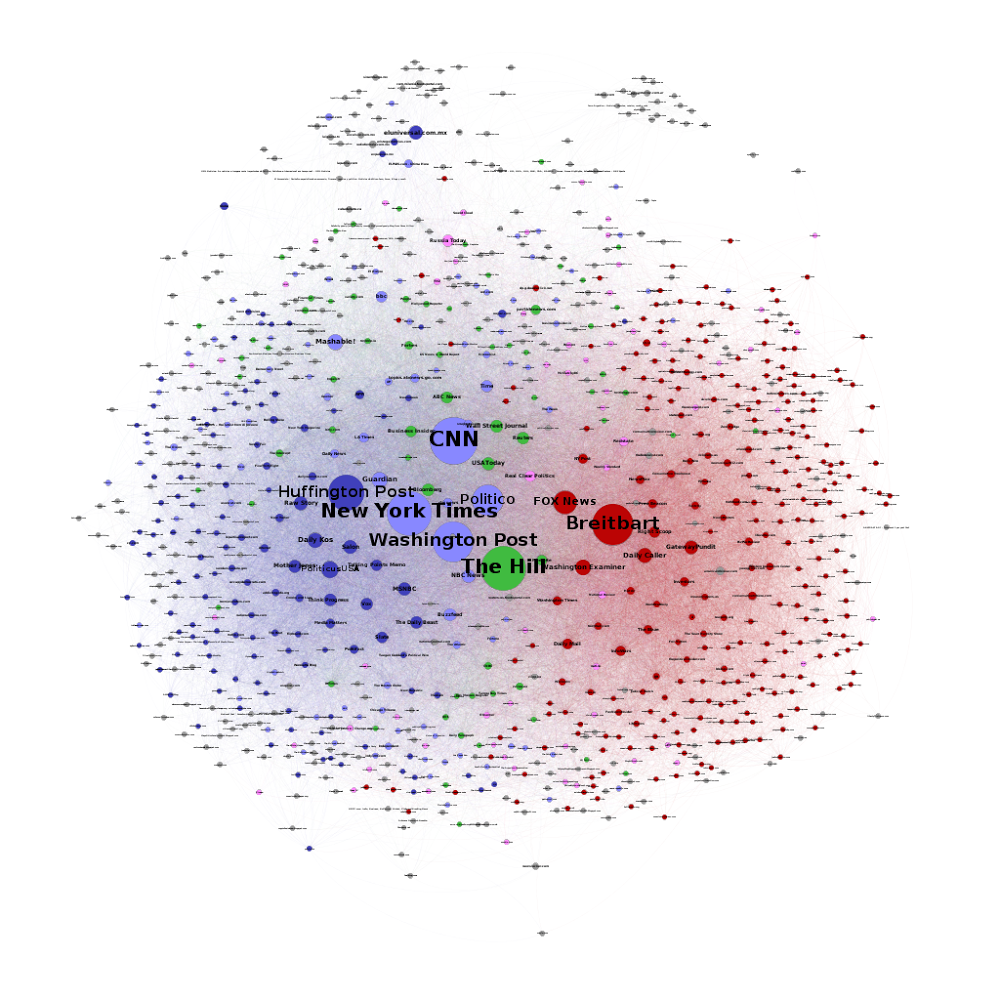 This site serves as the home for the data that acts as the basis for a years-long study of the 2016 U.S. presidential election by the Berkman Klein Center at Harvard University and the Media Cloud project.  In this study, we analyze both mainstream and social media coverage of the 2016 United States presidential election. Some of the key findings from the study include:

This study was based primarily on four data sets, collected and analyzed using the Media Cloud platform as Media Cloud "topics":

We are releasing all of the data from each of these data sets through this site, in two forms.  First, we offer csv dumps of the stories, media sources, story links, and media source links for each of the above topics.  Those CSV dumps are available at the Harvard Dataverse.

We are also making each of these topics available through the Media Cloud topics tool, which providers an interface to browse through the data down to individual stories and media sources.  Among other features, the topics tool allows the user to find which stories and media sources receive the most links, to view which stories link to a specific story, to analyze the most frequently used words in a given topic or media source, to download link network maps, and to analyze the topic by audience partisanship.

To use the topics tool, first register for a Media Cloud account, then click on one of the below topics:

Finally, this is a big complex data set which we have spent the better part of the last two years trying to understand.  Our study leaves many open research questions that we hope other researchers will investigate.  To make the best use of our data and tools and connect to the larger community of people using Media Cloud to study this and other topics, we strongly suggest that you join the Media Cloud user group.

Media Coverage About this Report